Thanks for visiting my stop on the Craftsy Sweetens Up My Quilting Life Blog Hop! and my WHOOMP There IT Is! #18 Linky Party.

For those of you who haven’t already heard of Craftsy, I’m about to take you to school!  It’s an online platform that delivers crafts education classes via full-length, professionally-produced, interactive, high-definition videos. The beauty of Craftsy classes is that they never expire!  AND,  you can watch them anytime, as many times as you like, provided you have a proper internet connection.  Oh, and remember, it’s interactive! This means you can ask questions and/or  post pics to get help from the instructor or other peeps taking the class.  Craftsy offers a wide array of classes, from photography to knitting to cooking…however my class of choice is Quilting! And more specifically, Free Motion Quilting.

So how does Craftsy Sweeten Up My Quilting Life?   Craftsy Keeps Me in Motion!

I was very naive when I signed up for Start Free-Motion Quilting w/Elizabeth Dackson.  I thought I’d be an expert FMQ-er by the time it was finished. I couldn’t have been more wrong.  However, I did learn a lot of things from this class.  Important things you need to know before getting started, like needle and thread selection, how to start and stop, how to bury a knot and how to move the quilt. Thanks, Elizabeth!

The Secrets of Free-Motion Quilting w/Christina Cameli  is another class I’m enrolled. It’s also packed w/great information like sketching and stitching, staying in a straight line and getting out of corners. Thanks, Christina!

Help How DO I Quilt It? is my most recent class. This class will definitely help w/the dilemma of how to quilt your quilts.  It will also teach you how to add lots of texture and movement to your quilts.  Thanks, Angela! 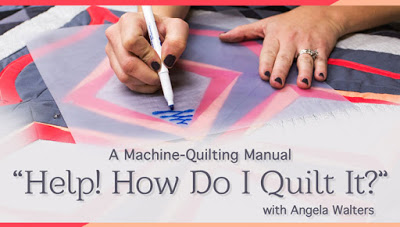 All of these Craftsy classes are great and I’d recommend any and all of them. The instructors are extremely encouraging and the classes do exactly what they are designed to; build your confidence as you learn FMQ. They make it look easy but remember, they’ve been doing it for years. They all stress this important point:  Practice, Practice, Practice! And the MOST important point of all…Don’t compare your work to that of others!  Why? Because Comparison is the Thief of Joy!

Craftsy is also a place where independent designers can sell their patterns. There are thousands of sewing and quilting patterns to choose from and even a great selection of free patterns! Click here to browse my pattern store and be sure to download my Easy Grocery Bag Catcher, which is free for a limited time.  Thanks, Craftsy!

Here’s the complete line-up of stops.  Be sure to hop over and visit each stop to see how Craftsy sweetens up their quilting lives!

Thursday 11 February
Cindy @ Stitchin At Home
Vicky @ Vicki’s Crafts and Quilting
Friday 12 February
Zenia @ A Quilted Passion
Jayne @ Twiggy and Opal
Saturday 13 February
Tish @ Tish’s Adventures in Wonderland
Anja @ Anja Quilts
Sunday 14 February
Beth @ Cooking Up Quilts
Preeti @ Sew Preeti Quilts
Monday 15 February
Julie @ Pink Doxies
Sandra @ Musings of a Menopausal Melon
Did you like reading about these classes? Does all this sweetness make you want to join one? Class discounts will be available for one week following each post, and while you’re there you can click through any bloggers in the hop to enter the Craftsy Giveaway.

And now the moment y’all have been waiting for…the giveaway!  Enter here for a chance to win.

The winners will be announced Feb 22 at Pink Doxies and Musings of a Menopausal Melon.

If you are still w/me and would like to show your stuff, it’s time to link up!

Thank the Host
Everyone likes to hear “thank you” and know their effort is appreciated.
Spread the Love
The more love you give, the more you get. Pick a number (mine is 5) and commit to visiting and commenting on that many link-ups. Let them know where you’re visiting from and ask them to visit you. (This works well for me!)
Direct Link
Use a direct link to a specific post, not your main blog.
Link Back
In your blog post, include a link back to my post/blog and/or grab the WHOOMP There IT Is! button above and put in your post or sidebar. Thanks for spreading the love.
Follow Me 😉
Of course, I would love for all you linky-uppers to be followers, but it’s NOT required.
Party Hearty!
An InLinkz Link-up 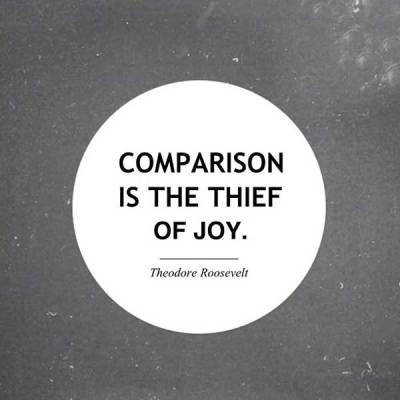 This year was our 4th annual Kids Camp.  It ran from July 13-17.  Kids Camp is a week long sewing day camp that Quilters Anonymous hosts.  We teach kids, 10 yrs+ how to sew, and they make several cute projects in the process!  We have 2 sessions, 9a-Noon and 1p-4p. This year we had 15 kids in each session, many of them repeats from previous years. This year I got to volunteer all day, every day.  I loved it!

Here are the projects they made.

Microwave Cozy – I actually taught this class. A tutorial will be coming soon! 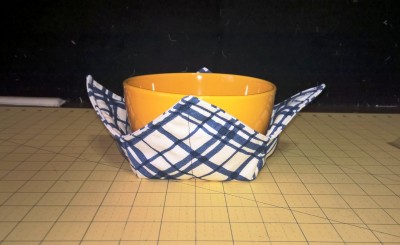 Fabric Basket – This was a bonus project for the quick finishers. Most of the kids made one!

Until next time, Happy Quilting and God Bless!
A Thread for Life
We have different gifts, according to the grace given to each of us. If your gift is prophesying, then prophesy in accordance with your faith; if it is serving, then serve; if it is teaching, then teach; if it is to encourage, then give encouragement; if it is giving, then give generously; if it is to lead, do it diligently; if it is to show mercy, do it cheerfully.- Romans 12:6-8 NIV
Linking up at:
Let’s Bee Social
WIP Wednesday
Can I Get A Whoop Whoop!

Like Loading...
First off I’d just like to say I’m so very pleased to have met all the peeps I have in my new blogging-quilty world. Thank you all for being so welcoming and encouraging. We are one giant circle of quilty love.

I finished Red Chevy Crush a couple of weeks ago. 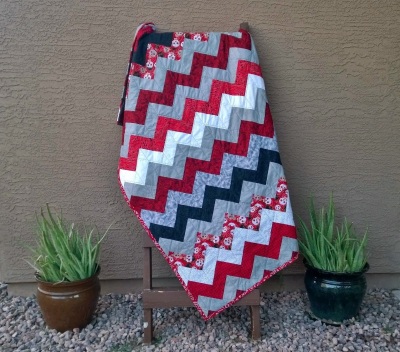 I didn’t blog about it because I really only have time to blog 1x/week. And the last two week’s posts were about my blog’s birthday giveaway and the giveaway winner .

This post is a little longer because I have some catching up to do.

Ok, so…I’ve been free motion quilting, herein referred to as FMQ. In an effort to get good at it…and I DO want to be good, I started the #dailyfmq challenge on Instagram (it goes through 9/22/14).  It challenges me to practice for at least 10 mins/day. I had previously enrolled in two Craftsy quilting classes (one of which I wrote about here) but I haven’t really done what qualifies as practice until about 2 weeks ago.

As those of us who have done it know, the biggest challenge in FMQ is making sure your (foot) machine speed is not too fast or slow for your hand speed. (Kinda puts me in the mind of learning to drive a stick shift). I’m guessing it’s not something most peeps are good at right off the bat, least of all me.  I’ve tried meandering/stipple several times and have always ended up extremely FRUSTRATED! But w/the challenge I decided to start w/Chrsitina’s woodgrain and I am thrilled!  It’s very forgiving and I really like the idea of no curves.  It’s not the only fmq I’ve been practicing, but it’s my favorite. I’ve also practiced loopy flowers and circuit board, taught in Elizabeth Dackson’s Craftsy class.

I’ve been doing my FMQ practice on this Autumn quilt top I finished a few weeks ago. I’m quilting something different on each piece w/in a block.

I don’t mean to toot my own horn…but toot toot! I already feel and see a difference in my FMQ.

The other challenge I’m participating in is the #ablockadaychallenge on Instagram.  I’ve been making Bento Box blocks for a charity quilt for QA . 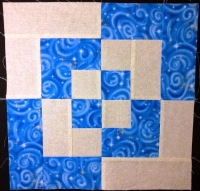 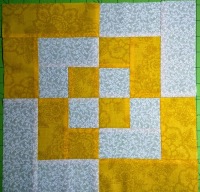 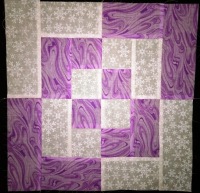 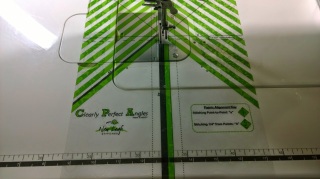 I’m not sure if this qualifies as a notion or gadget, but a friend told me about Clearly Perfect Angles and how it works beautifully for sewing HST and mitered binding, so I ordered it. It’s perfect! And speaking of mitered binding, I found and used this sanity-saving tutorial for a mitered join.

I attempted to make my first pattern tutorial for something scrappy but I don’t like how it turned out at all.  A solid fabric would’ve improved the look, but I’m still not liking the center either.

Maybe pattern tutorials aren’t my thing just yet. In the mean time, I will continue to use other peeps’ patterns and tutorials, like the tons of free lovelies I came across on Quilter’s Cache. 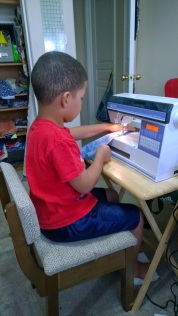 My grandson was bugging me about sewing so last week I gave him a crash course and helped him make a Tube Pillowcase using this YouTube video tutorial…but I also just found this pdf using a slightly different method.

We went camping over the Labor Day weekend and aside from fear of being mauled by a bear while sleeping, it was fun.

A las, I’m proud and happy to say Ivy is housebroken and using the doggy door like an old pro.

This life is a journey we walk by faith

And there will always be the mountains in our way
But right here in this moment, may our strength be renewed
As we recall what God has done and how we’ve seen Him move
Sometimes through the darkness, it’s hard to see
So just be brave and follow where He leads
‘Cause greater is the one who’s in us, than he who’s in the world
So child of God remember, the battle is the Lord’s
Even in the valley of the shadow when you feel alone in the unknown
Just say Amen, Just say Amen
Even when the storms are raging, Stand and know you’re not forsaken
Just say Amen, Just say Amen
If there’s anybody here who’s found Him faithful
Anybody here who knows He’s able, Say Amen
And if there’s anybody here who’s seen His power
Anybody here brought through the fire, Say Amen
Anybody here found joy in the middle of sorrow
Just Say AMEN!

Have I gone overboard w/the Linkys? Is there such a thing? I  hope not. 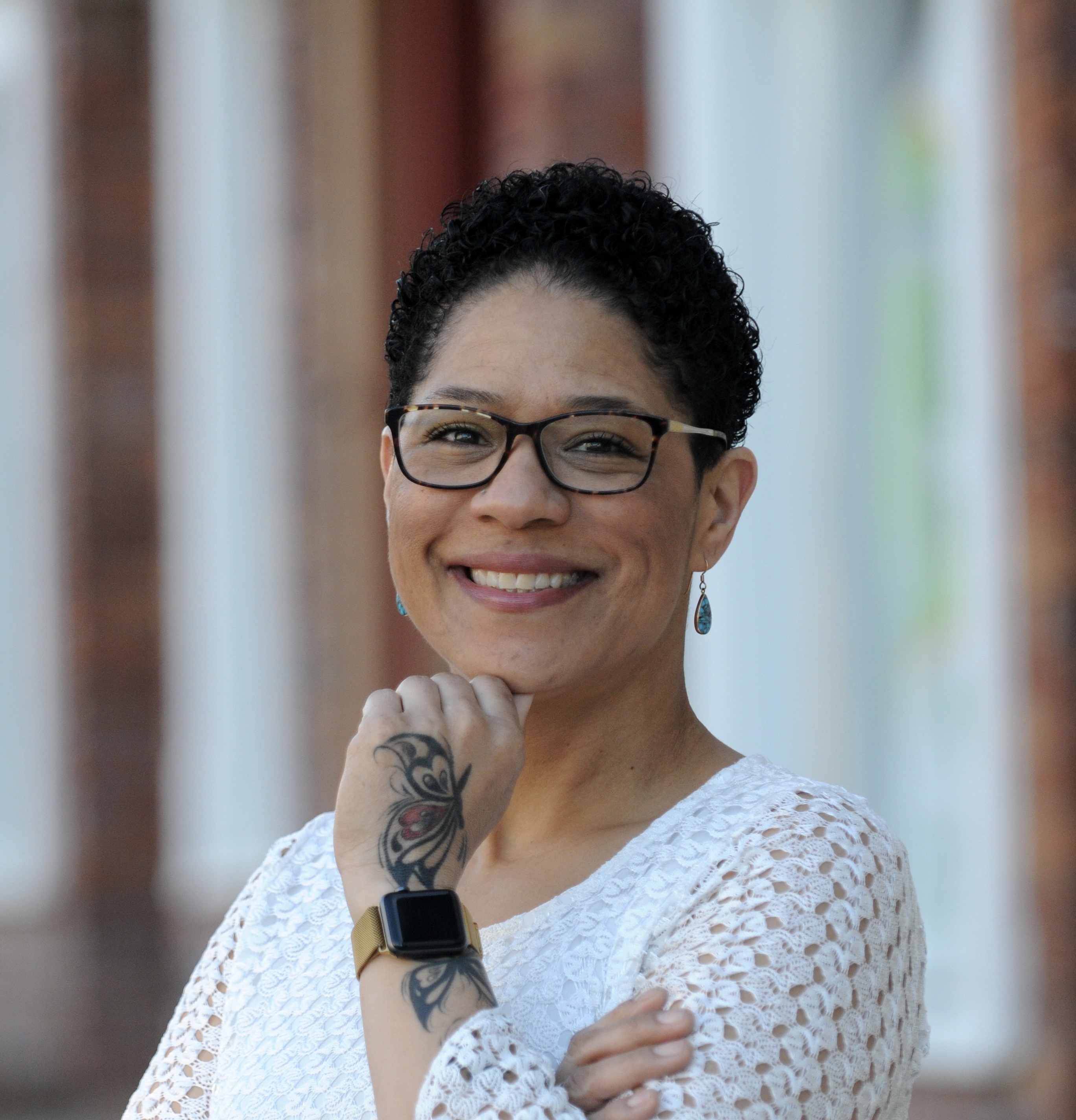