This morning I woke up w/several little things on my to do list (even had reminders set in the phone.)  As I’m checking them off, I come to “take lock off back gate”.  The pest control peeps were coming and needed access to the backyard.  I went to get the keys (ring of multiple keys to different things) off the hook but they weren’t there and I remembered my son had checked the mail the other day and forgot to put the keys back. I called to ask where the keys were and he said probably somewhere in his room.

Oh gee! His room is always a war zone and I wasn’t thrilled that I had to go in but I was on a  mission. After searching every drawer and checking the pockets of every single piece of clothing on the floor, under the bed and in the closet…I came up empty. By this time I was pissed and  hungry…because I hadn’t eaten breakfast yet and I also hadn’t read my bible or prayed. So after calling my son back to tell him the keys weren’t in his room, that he’s definitely going to clean that hell hole this Saturday before he even thinks about setting a foot out the front door AND how thoroughly pissed I was…I decided to eat, pray and read.  Before I got off the phone though, my son suggested that the pest control peeps could just come through the house to get to the backyard (yeah but why aren’t the keys where they are supposed to be?) and that he would look for the keys when got home.  While I was eating I was still simmering about the keys…because now I remembered I needed the key to open the electrical box ( to shut off power to the water heater so I could finally change it from my summer settings)…and this key is also with “the keys”.

I finished eating and finally decided to pray. Among other things, I prayed for God to take away my anger and frustration.  And I told Him that I knew He could make the keys appear but also knew He probably wouldn’t. I thanked Him that I was off work today and that I’d be home to let the pest control peeps in to get to backyard and I asked Him to let the the keys show up at some point…because if not, I was going to have to cut both of locks off and get new ones.  And then I read my bible and stopped thinking about the keys altogether.

It may not always be the answer we want, but it’s always what we need. He is faithful. Thank you Lord for loving me and caring so much about me.

A Thread for Life
Do not be anxious about anything, but in every situation, by prayer and petition, with thanksgiving, present your requests to God. And the peace of God, which transcends all understanding, will guard your hearts and your minds in Christ Jesus. Philippians 4:6-7

p.s. My son has since been home and cleaned his room and still didn’t find the original keys.

Comments are Welcomed and Encouraged

This site uses Akismet to reduce spam. Learn how your comment data is processed. 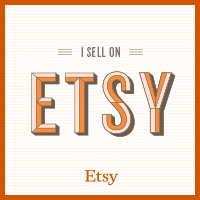